After much scouring of Pinterest and looking for ideas we finally came up with an idea for our 2013 Christmas card.  I decided that I wanted to do pictures of Ephraim with a bubble "Santa beard." 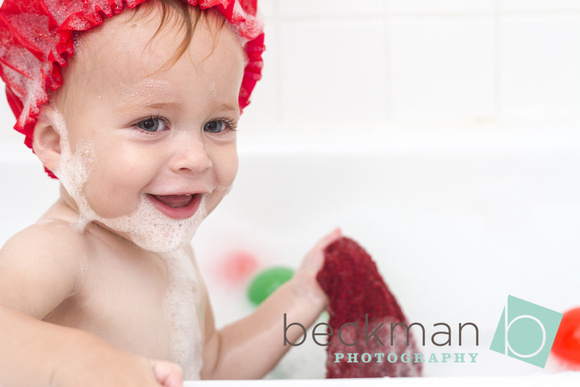 The photo shoot took some patience and persistence (as photo shoots with toddlers always do).  Ephraim did not like having the bubbles on his face and kept rubbing his face as soon as I put the bubbles on his chin, and took off the shower cap several times.  It definitely took some team work.  I would quickly set up pictures and Stephen would try and make Ephraim laugh and snap pictures at the same time.

Stephen used an external flash bouncing it off the ceiling to light the shot, and we kept the other ambient light in the room very low.  He used his 50mm lens, ISO 200, shutter speed 1/250 at f/3.5.

Basic editing and corrections were done using Lightroom, and then I put the card together using the collage maker in Picasa and Photoshop.

I am very happy with the end result. 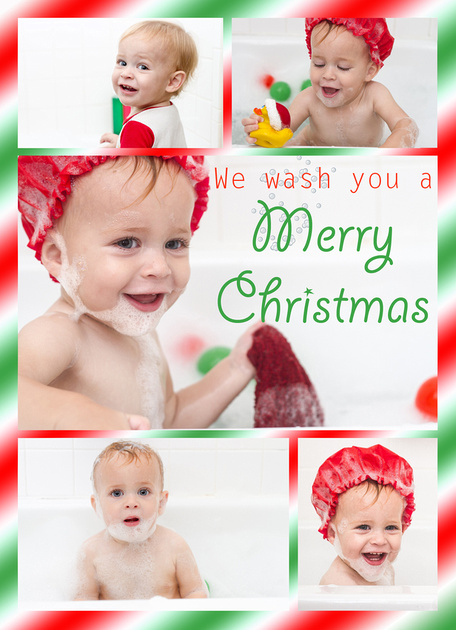